Tractors and the Tires that Changed Farming

Tractors and the Evolution of Ag Tires

One of the most significant changes to farming in the last century has been the advent and adoption of the tractor and the subsequent entrance into the mechanical age of farming. Tractors ended farmers’ reliance on animals for labor—according to the U.S. Department of Commerce, in 1920 America had 25 million horses and mules, most of which were used for farm work. Tractors steal the spotlight now, but innovations such as computerized controls, smart sensors, and telematics have helped push them to the forefront of farming—continually improving their performance and evolving alongside them as they have grown over the years in size, speed, and power. 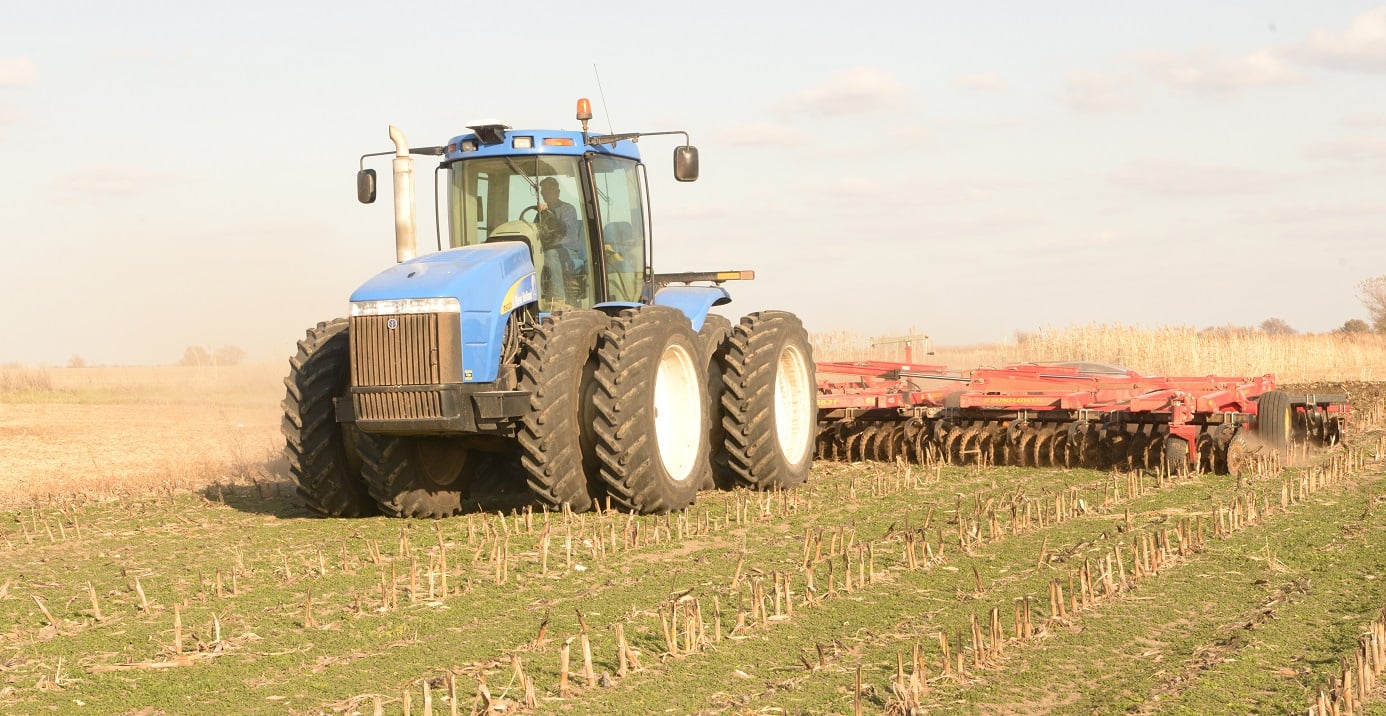 Early steam- and gas-powered tractors pumped out between 20 and 30 horsepower. As tractors grew in size and power, the limitations of the steel wheels they were equipped with became apparent (poor ride, inefficient fuel use, and divots in paved roads) which led to a rapid transition to pneumatic tires. Farmers also needed to pay for their tractors, which pushed them to cultivate more land and spend more time traveling between fields, which in turn required bigger, faster, more powerful machines—a cycle we’re still in today.

Rubber tires—first solid, then pneumatic—allowed farmers to overcome the shortcomings of steel wheels while also meeting the challenges posed by rapidly developing tractors. In 1933, the Allis Chalmers Model WC became the first tractor to come standard with pneumatic rubber tires and the company would show off their benefits by racing the tractor around state fairs and participating in plowing competitions.

It wasn’t long after the release of the Allis Chalmers Model WC that tires would take off. In 1935, about 14% of tractors in the U.S. were sold with pneumatic tires and just two years later, in 1937, the percentage had jumped to roughly 43%. By 1950, nearly every tractor came equipped with these pneumatic tires.

In part due to the advantages offered by rubber tires, the average size of U.S. farms almost doubled over twenty years—growing from approximately 205 acres in 1950 to almost 400 acres in 1969.

Bias-ply tires have been a staple on mainstay tractors since the 1930s and remain the most common type of tire on tractors today, although radials are closing the gap. Bias tires are constructed using multiple plies of rubber-coated textile in a diagonal pattern from bead to bead and are known for their strong, stiff sidewalls that can fend off damage in the field and excel in hilly terrain.

Bias-ply tires are a common sight on everything from vintage iron to modern machines. Although bias-ply tires are still made using the same diagonal running rubber plies as they did when Allis Charmers made the Model WC, they’ve gotten considerably more advanced. For example, tires like our Alliance FarmPro 324 use unique rubber compounds, high-tech woven plies, reinforced beads, and specially engineered treads to maximize performance and breathe new life into an older type of tire.

Spurred by the energy crisis, radial tires started showing up on tractors in the 1970s and have steadily grown in popularity ever since. According to a 2019 Tire Business article, today radials make up 42% of the replacement rear farm tire segment and 37% of the OE rear farm tire segment. Radial tires feature two-part construction with cord plies arranged at 90 degrees to the direction of travel and the undertread area is wrapped around the tire’s circumference by radial belts of fabric or steel——that flex independently.

Because the sidewalls and the radial belts flex independently, radials are able to operate at lower inflation pressures and place a larger footprint on the ground than bias-ply tires; consequently, they offer several advantages to farmers facing a fuel crunch. Radial tires enhance traction and reduce wheel slippage, which improves fuel efficiency. They also can last two to three times longer than bias tires, which helps offset some of the expense of rising gas prices.

In addition to lowering fuel use, radials brought a host of other benefits to tractors. The large footprint of radials helps distribute the weight of increasingly heavier tractors—even the Big Bud 747, a 1977 custom-built monster, topping 100,000 pounds and producing more than 700 horsepower—cover a greater area. In turn, they helped reduce yield-costing soil compaction.

Radials are also more durable when traveling on hard surfaces and they deliver a more comfortable ride to operators—important characteristics considering the increasingly common need to travel on roads between fields and longer hours in the cab needed to work expanding acreage.

In the early 2000s, high-tech radial tires known as IF/VF (increased flexion/very high flexion) were introduced, further pushing tractor performance and offering solutions to the issues facing tractor owners in the field—namely, heavier and more powerful tractors, the need for increased productivity, and the ability to work in progressively more unpredictable weather (consider that today’s largest tractors commonly weigh more than 45,000 pounds and can pump out 500+ horsepower or shifting weather patterns and a string of strange weather like the derecho that swept the Midwest in 2020 and cost nearly $500 million in crop damage).

IF tires feature flexible sidewalls and are able to carry the same load as a standard radial at 20% lower inflation pressure or carry 20% higher loads at the same air pressure. A few years following the introduction of IF tires, VF tires upped the ante, increasing the advantage to 40%.

Like other tire technologies, it wasn’t long before IF/VF tires found themselves equipped on all types of farm equipment, not just tractors. In fact, thanks to commitments like Yokohama Off-Highway Tires America, Inc.’s Whole Farm concept, there is an IF/VF solution for nearly every machine that enters the field.

The Future of Tractor Tires

The tractor brought with it a monumental shift in how we farm—and as tractors continue to develop, tires will evolve alongside them. What does the future hold for tractor tires? More stubble-resistant compounds and evolving tread patterns, from hybrid patterns like the Alliance 550 MultiUse and AgriFlex+ 363 to the unique stratified-layer lugs found on our Alliance Agri Star II, are things that innovative companies like Yokohama Off-Highway Tires are always refining.

Other innovations to keep an eye on are technologies like Central Tire Inflation Systems (CTIS), which allow tractor owners to take full advantage of their tires’ capabilities. CTIS allows tractor owners to control inflation pressure from the cab and make on-the-fly adjustments to tire inflation pressure to ensure optimal performance no matter what surface you’re on or the load you’re carrying—and they are cost-effective enough to deliver a return on investment quickly. 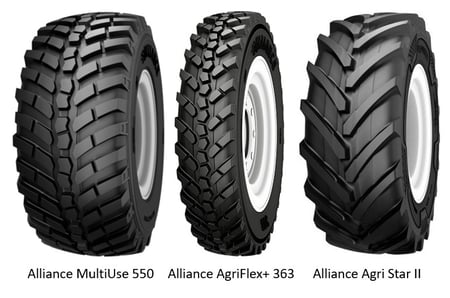 YOHTA has long been a leader in tractor tires and has produced and delivered tires that meet the real-world needs of its users for decades. As farmers continue to find new uses for tractors, it’s possible that the trend of manufacturers building bigger, more powerful machines continues. It’s also likely that today’s huge tractors are replaced by a swarm of smaller, self-driving machines. Either way, you can count on us to keep on creating tires that meet the needs of our customers—no matter if they’re for a monster 650-hp tractor or a fleet of small, autonomous machines.

Contact your local dealer today to learn more about our extensive line of tractor tires—bias-ply, radial, and IF/VF—for the present and the future.