Tires for a Herbicide Shortage

Supplies of herbicides with the main active ingredient glyphosate have tightened, which has caused prices of in-stock supplies to skyrocket. Glyphosate has been the most widely used herbicide in the United States since 2001 and is predicted to remain in short supply throughout the spraying season. This will force farmers to make some tough decisions, in particular those farmers who plant glyphosate-ready crops, who have no-till systems, and who use glyphosate to terminate cover crops. They’ll either end up paying jaw-dropping prices—if they can even find glyphosate-based herbicide, that is—or changing the way they manage weeds.

One factor you can count on no matter how farmers handle the shortage of glyphosate is the significant role tires will play. 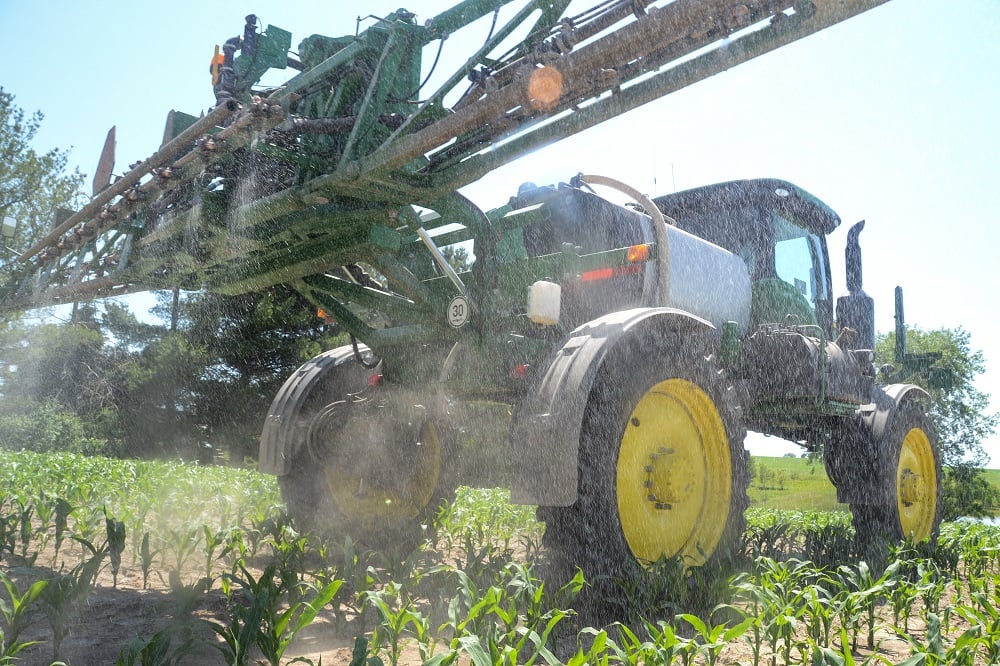 What Caused the Shortage?

The shortage of glyphosate is the result of numerous factors. China is the world’s largest exporter of phosphate—the main ingredient in glyphosate—and is currently facing production challenges. This is in part the result of new policies and restrictions regarding energy use. China generates more phosphate than the next three top producers combined.

Closer to home, the same broad supply chain issues causing problems throughout the economy—clogged ports, a shortage of containers, and lack of labor, to name a few—are also responsible for the tightening supply of glyphosate. Another contributing factor is the idling of a Bayer Crop Sciences plant in Louisiana for five weeks because of Hurricane Ida.

What the Glyphosate Shortage Means for Farmers

When demand exceeds supply, prices generally rise, which is the case for glyphosate. A paper published by the Purdue Extension hints that glyphosate prices could exceed $80 a gallon—for context, glyphosate was selling for $10 a gallon a little over a year and a half ago.

Even for growers who are willing to pay the ever-increasing cost of glyphosate herbicides, there’s a high probability of not getting any. Warehouses are empty and retailers are taking a variety of steps to ration out their limited stock, with some choosing to deliver only to long-time customers while others are regulating how many gallons per day a customer can buy.

What Type of Farmers Are Affected

A lot of farmers are going to feel the shortage of herbicides. For example, in Indiana, glyphosate and glufosinate (also in short supply) are used on literally every acre of soybeans and two-thirds of corn acres. According to Purdue Professor of Weed Science, Bill Johnson, “it’s really an issue that hits us in the Eastern Corn Belt pretty hard.”

That said, it will hit some farmers harder than others. Glyphosate plays a critical role in no-till crop production as well as in cover-crop systems in which the cover crops are terminated in advance of corn and soybean planting. Conversely, conventional tillage operations will feel less of a sting.

How to Handle the Glyphosate Shortage

One thing the shortage has made clear is that farmers will need to open their toolboxes and employ a number of methods—in lieu of or in addition to glyphosate—to control weeds in their fields.

One option for farmers facing an herbicide shortage is to return to tillage—rather than an herbicide burndown—for early spring weed control. Spring tillage is most effective when weeds are small. This often means getting into the fields early in the season, which can increase the odds of soil compaction and affect your long-term yields if soils are wet. It also threatens soil conservation practices you’ve put in place.

If your farm has access to the right equipment, the necessary labor, and can take on the additional fuel expense to till, you’ll want to make sure you’re riding on low-pressure tires to minimize compaction and maximize traction for better pulling. Low-pressure tires—like our steel-belted Alliance AgriFlex+ tires—are able to operate at up to 40% less air pressure than conventional radials. This allows them to provide a large, uniform footprint that helps minimize compaction and maintain soil health.

If you’re going to apply glyphosate or residual herbicides this year, you might only get one shot at it due to the supply or expense. Consequently, you’ll want to get herbicide applied early, either pre-plant or pre-emergence. Smaller weeds are easier to control, which makes for the most effective use of herbicide and allows you to use the lowest rate of product possible. It’s also worth noting that even killing weeds at the corn's V4 growth stage is too late to prevent the crop from suffering nutrient and hormonal stress, which is a good reason to eliminate weeds as early as possible.

Early application of herbicides means getting into your fields early. Whether you’re pulling a tank or driving a floater or highboy sprayer, there’s a risk of causing compaction in wet spring soils. Again, low-pressure tires—like our range of Alliance AgriFlex+ tires—offer a solution to help you mitigate the risk of doing long-term damage to your fields.

Farmers will likely have to rely on other herbicides post-emergence. Often, these other herbicides have a narrower spectrum of control, control smaller weeds than glyphosate does, or require specific conditions for application. This can necessitate entering your fields even if conditions aren’t ideal. When it's time to go, it's time to go. You need a tire that can handle whatever condition your fields are in.

Whether it’s your sprayer making more passes through the field or applying herbicides in less-than-optimal conditions, the risk of soil compaction is increased. Here again, low-pressure tires like our Alliance AgriFlex+ 363 can help protect your fields from soil compaction.

Instead of herbicides, some farmers will turn to weed cultivation. Cultivation doesn’t use the high quantities of herbicides as other systems, like no-till, since they’re applied after the crop and weeds have emerged. This is a delicate operation and it’s extremely important you don’t accidentally damage crops while you’re removing weeds. Tires, like our hybrid-tread Alliance AgriFlex+ 354, play a vital role when cultivating between rows—their steady, stable ride helps minimize the chance of drifting into the crop.

Controlling weeds is a challenge facing farmers this year and as the high prices and availability of glyphosate persist, you’ll need to manage expectations. It’s going to be a tough year for weeds, so every farmer is going to need to be on the lookout for problems and ready to react in a timely, targeted manner. Every aspect of their operation needs to be ready...right down to their tires, properly inflated and ready for action.

Herbicide availability and prices are a challenge, but it’s also an opportunity for farmers to reacquaint themselves with weed control methods outside of broad-spectrum glyphosate-based herbicides. It’s also a chance for farmers to think about their tires and the important role they play in farm operations. The right tires can improve productivity and efficiency, lower fuel costs, and help protect valuable soil.

Whether you need tires for a gigantic floater or a highboy sprayer, and whether you're conventional tilling, or running a no-till operation, our Alliance AgriFlex+ range has a low-pressure solution for you. Contact your local YOHTA dealer or representative today to learn how our AgriFlex+ tires can help your farm in times of abundant herbicide and when supplies are tight.