The number of carbon farming opportunities and interest in carbon capture continue to grow as more and more businesses both inside and outside of agriculture take steps to make their operations greener. While carbon farming is still in its infancy, this could develop into a good, market-driven opportunity that enables farmers to make some money while they manage the health of their soil.

Conservation practices—like cover crops and no-till—are at the forefront of carbon farming, but other factors, like the tires ag equipment rides on, can have an enormous influence on successful implementation and a farm’s profitability. 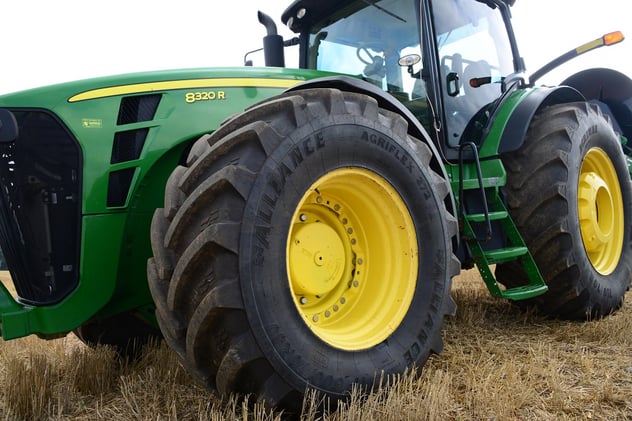 What is Carbon Farming?

At its most basic, carbon farming is taking steps to improve the amount of carbon stored in a farm’s soil through more carbon-conscious land management and agricultural practices. Plants absorb carbon from the atmosphere—removing carbon dioxide from the air while growing, releasing it through their roots into the soil while alive, and returning some of it to the ground after they die. The earth’s soil stores more than three times more carbon than the atmosphere.

Farmers who are able to show an increase in the amount of carbon that’s stored on their land are able to sell it to companies that use it to offset their own carbon emissions. A 2017 study estimated that through carbon-conscious land management, croplands worldwide could potentially store an additional 1.85 gigatons of carbon each year—as much as the global transportation sector emits annually.

The Interest in Carbon Farming

Driving the interest in carbon farming is the demand from customers and investors that companies deliver environmentally conscious goods and services. For many businesses, this means lowering or offsetting the amount of carbon they produce, which has attracted many companies outside of agriculture to carbon credit programs.

Microsoft bought nearly 200,000 farm-based credits this January, while everyone from tech businesses like IBM and Shopify to bankers like Barclays and JPMorgan Chase to breweries like Dogfish Head and New Belgium have recently made commitments to buy agricultural carbon credits. Similarly, agricultural companies like Bayer and Cargill Inc. are subsidizing projects that help farmers reduce emissions, conserve water, and plant off-season crops that restore nutrients to soil and limit erosion.

Soil-building practices are good business. Farming carbon pays, with many carbon contracts paying farmers an average of $10-$20 per acre. The money for carbon contracts isn’t life-changing, but it can make a difference—like between being in the black or red—particularly when margins are thin.

Aggressive tillage, growing monocrops, and removing residue are three of the most common ways that carbon is disturbed in the soil and released into the atmosphere. Practices like conservation tillage, no-till farming, and planting cover crops are some of the steps farmers are taking to manage soil health and capture more carbon.

Healthy soil is full of microbes, whose bodies contain massive amounts of carbon per acre. Aggregates in that healthy soil protect the microbes and encourage their efforts to sequester carbon and make nutrients available to plants. Tillage disrupts those carbon-rich aggregates in the soil, breaking them up, exposing microbes to the air, and releasing tons of carbon and nitrogen compounds into the atmosphere. Tillage also can increase erosion, which disrupts and destabilizes carbon-protecting aggregates along with diminishing the fertility of the soil. In general, the less the soil is disturbed, the better for carbon farming, and even switching from conventional tillage to a more conservation-oriented practice like strip-till can yield big results.

Conservation tillage and no-till also use less fuel, which won’t help farmland sequester more carbon, but reduces emissions and cuts down on fuel costs. A 2017 paper published by the USDA found that farmers practicing continuous conventional tillage use a little more than six gallons an acre, while continuous no-till farmers use less than two gallons per acre. According to the USDA’s calculations, a farmer farming 1,000 acres who switches from continuous conventional tillage to continuous no-till could save $8,800 a year in fuel and $6,600 in fuel by just switching to seasonal no-till.

Cover crops protect soil, cycle soil nutrients, and turn carbon dioxide from the atmosphere into biomass; consequently, they play a big part in carbon farming. There are economic advantages to cover crops as well. A 2019 survey found that farmers who planted a cover crop saw a modest boost in yield:

In addition to improved yields, planting a cover crop can cut fertilizer costs, reduce machinery expenses, and even supply forage. When combined with carbon credits, this can all add up to big dollars at the end of the season.

Adapting tillage practices and cover crops can help farmers make gains in carbon sequestration alone, but the most impactful results occur when the two are used in conjunction. A 12-year study by the University of Illinois found that adding a cereal rye/hairy vetch cover crop to all tillage treatments increased soil organic carbon gains across the board:

Yokohama Off-Highway Tires America, Inc. is a leader in developing and manufacturing application-specific tires that meet the real-world demands of customers. This includes the needs of carbon farmers and those who have implemented carbon-farming friendly practices like conservation tillage, no-till, and cover crops.

VF Tires for Conservation and No-Till

However you manage your soil, preventing compaction is very important. One of the best ways to limit compaction caused by farm equipment is to outfit your machines with better tires.

VF tires, like our range of Alliance AgriFlex+ tires, let farmers run their equipment at 40% less inflation pressure than a traditional radial tire. This allows the tire to put down a larger footprint that distributes axle weight over a greater area and minimizes soil compaction. The large footprint of VF tires also produces better traction and reduces fuel consumption. VF tires are also able to carry 40% more load than a standard radial when used at the same inflation pressure.

Yokohama Off-Highway Tires America, Inc.’s Whole Farm concept is a commitment to delivering a low-compaction solution for nearly every machine that enters the field. For example: 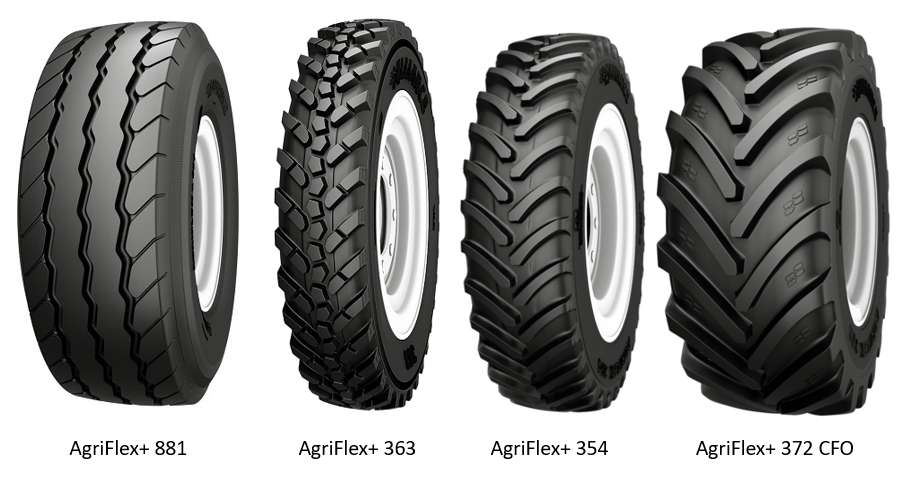 Less tillage means more crop residue on the surface, and that means more damage to tires. Our Alliance brand AgriFlex+ tires are engineered with a variety of features, from steel-belted construction and reinforced sidewalls to stubble-resistant compounds—to help them not just survive but thrive in these challenging conditions.

Farming for the Future

Yokohama Off-Highway Tires America, Inc. is making tires to deal with the challenges of today while looking forward to the future—not just the planet’s, but our customers’ as well. Our Alliance brand AgriFlex tires are known for their low total cost of ownership and long service life. In other words, they pay off season after season. Contact your local Yokohama Off-Highway Tires America, Inc. dealer or rep to learn about how our tires can help improve the health of your soil and its ability to store carbon.